So who the heck am I?

I’m a DC-based cyclist who focuses on recreational touring, travel cycling, and just generally being awesome.  I started this blog to share my awesomeness with you, dear reader.

I started this blog one night on a whim.  I had been at a happy hour with some cycling friends, each of us reliving our recent trips and rides.  Basking in the glow of red wine and bike love, I set out on a quest to create a web presence worthy of my passion for the sport, and introduce the world of touring to countless people wandering about unaware as of yet that they, too, were cycling enthusiasts.

But just how did I get into cycling to begin with?

In the fall of 2012, my orthopedic surgeon recommended that I take up cycling to strengthen my leg to prepare for knee surgery.  I marched to the bike store, and based on advice from a cyclist friend spent what I thought was a ridiculous amount of cash on my first grown up bike.  I named him The Baron, and he changed my life.

But first, I had to get through post-surgical recuperation. I spent the first 6 weeks of 2013 with my leg completely immobilized to stick straight out, waiting to start Physical Therapy.  I got around with crutches and a wheeled scooter, but the immobility put a cramp on any activities that didn’t involve my couch and TV.  It was a long winter indeed.

By mid-February I was thoroughly frustrated with being out of the game of life, as it were, and I decided that I needed a goal to look forward to. Figuring I should get my money’s worth for my bike, I signed up for the 2013 Sea Gull Century.

I spent the rest of what I like to call my “gimpy time” researching century training plans.  I tried not to get intimidated by threads on cadence, speed, hills, and “the bonk”, reminding myself that the course was “pancake flat”.  Or so sayeth the internet commenters.

The next six months was one of the most pivotal periods of my life. This, coming from someone who has moved across the world thrice, across this country once, and gone from being a punk guitarist to getting an MBA.

There were moments when I thought I might have bitten off more than I could chew.  By summer, several chances to travel with friends cropped up, including a free place to stay in Copenhagen. I’d be lying if I said I so steadfast was my resolve that my training plan took priority above all else.  But it was by juggling all these plans and my training schedule that I stumbled onto the concept of Travel Touring, and was ultimately hooked.

Between then and now, cycling travel touring has become a key part of my life.  I finished the Sea Gull that year and the next, and have biked in four countries, nine states, and a crap ton of organized rides in the mid-atlantic area.  I’ve seen cities and towns from an entirely new perspective, learned about the depths of my own grit and tenacity, and met some pretty amazing people. 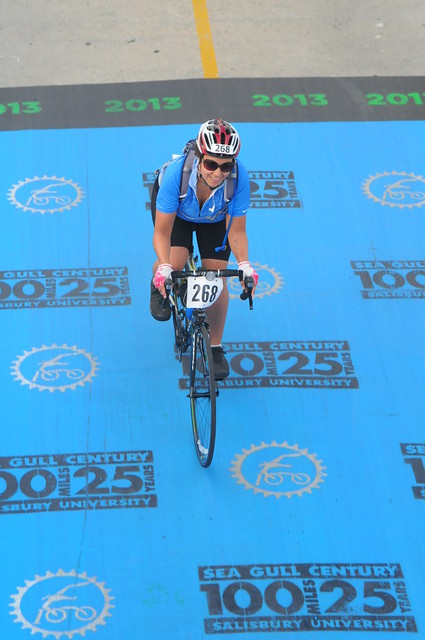 Suffice it to say, I got my money’s worth off my first bike, and then some.  I hope I can convince you to give it a go.

Tales from the Trails

Tales from the Trails